How To Check Health Status Of A Linux System [Updated]? 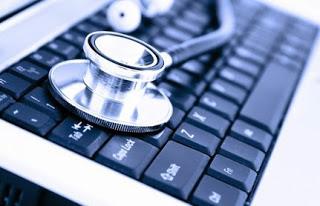 This is a small, light-weight script which makes use of native Linux utilities to get the required details and doesn't need much space. This script could be added as a cron job to regularly get system details triggered via an email as desired. The script has been successfully tested to work on most popular Linux distributions. One may alter or change the script to get the desired function or task done.

Details of the script:

Name Of The Script →  health-check.sh

Who Can Run This Script →  Root User Or sudo user

Output → This Script would dump the details on the console


Following checks would be performed:

→ Read-only File System If Any

→ Most recent reboot and shutdown stamps


Now, one could download and run the script to get the basic health check of a Linux system. Use the link provided below to download the script.

Change the file permissions to executable if required. You could run the below command to turn on the execute bit for root user:

If you are unable to download and move this script file to your Linux system then you may need to copy the complete contents of the file as it is and paste into your file, set execute bit and run it later.

If there are any errors as listed below:

then it could due some character conversion or interpretations when file is copied to Unix/Linux shell, and to resolve this run the command:


More advanced version of this script file which can scan complete Linux system and pull out all hardware details is available as 'hwlist' package. Refer this blog page for more details: 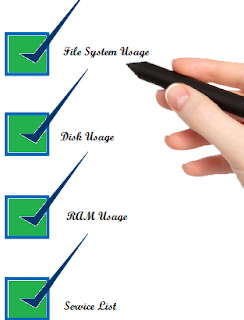 You may prefer to scan the download and then execute it. One could also perform git clone using the command "git clone https://github.com/SimplyLinuxFAQ/health-check-script.git".

A great help to me, thanks a lot.

Woah! I'm really enjoying the template/theme of this blog.
It's simple, yet effective. A lot of times it's very difficult to get that "perfect balance" between superb usability and
appearance. I must say you have done a great job with
this. In addition, the blog loads very quick for me on Firefox.

Nice script, thanks. Usually run a bunch of checks, now they're all nicely together!

Naveen, you would need to run the 'sed' command as documented in the blog page to remove extra characters that would have got added when downloaded. I tested the script today again and it is working as expected.

Yes, there was a small glitch which I've fixed now and it should reflect the read-only file systems without any issue.