WHAT IS KALI LINUX, IT’S FEATURES, AND WAYS TO INSTALL IT?

The operating system is the critical system software that ensures the smooth operation of the computer. Some operating systems are designed to serve a specific purpose. They provide some unique tools or services to their users that are adequately available, making it a good OS for the purpose. 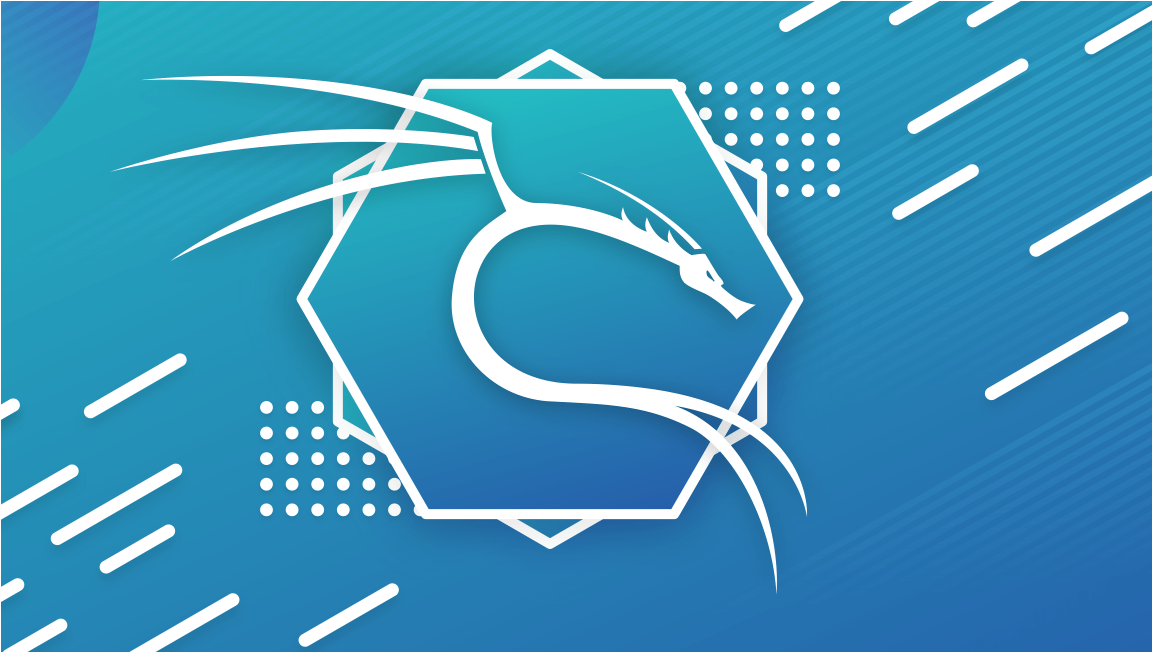 When it comes to choosing between various operating systems, there are numerous options available. We choose Windows because it has the largest selection of games in terms of gaming. Similarly, we prefer Mac OS for design-related tasks because the majority of design software is easily accessible and performs brilliantly on Mac.

Linux is a computer operating system that straddles the hardware-software divide. The Linux Operating System can be found on a wide range of devices, including smartphones, automobiles, supercomputers, home appliances, personal PCs, and enterprise servers.  In digital security, network monitoring is critical since it safeguards organizations' data and even personal information. Ethical hacking has become a coveted and profitable expertise due to the evident need for experienced people in cyber security. Kali Linux is a network security, digital forensics, penetration testing, and ethical hacking operating system.

What is Kali Linux?

Kali Linux is a Debian-based Linux system. It's a precisely constructed operating system. Digital forensics and penetration testing are two applications for this tool. Offensive Security is responsible for its upkeep and funding. It is formerly known as Backtrack Linux; Mati Aharoni and Devon Kearns rewrote BackTrack in order to create it. Its open-source design makes it free and lawful to use in a variety of business contexts.

This Linux system is often beneficial to people interested in cyber security. Kali Linux employs a "one root user" model for managing rights, and users can disable network functions by default. Kali Linux was released on March 13, 2013, as a complete, top-to-bottom rebuild of BackTrack Linux, following Debian development principles. There is over 600 penetration-testing software pre configured on Kali Linux for you to explore. Each program has its own flexibility and application. It's for anyone interested in learning about penetration testing, cyber security, or ethical hacking. It is a potent tool that, if not used properly, can result in losses. 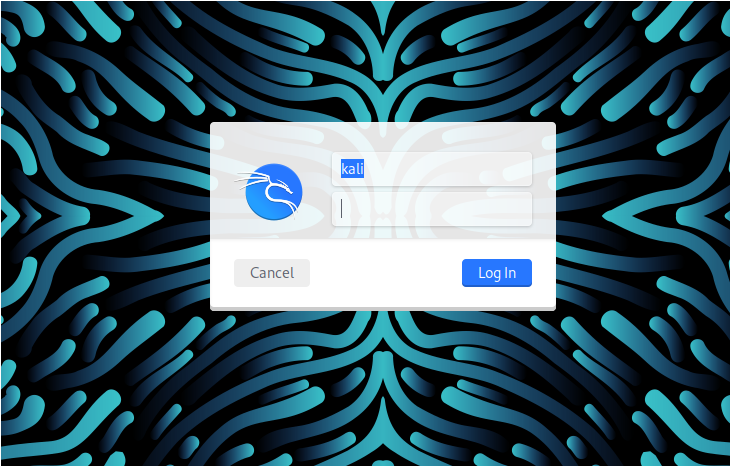 Kali Linux is tightly connected with real-time, allowing us to easily customize and edit our Kali Linux ISO images. A customized version of Kali for your individual needs is always easy to generate with the usage of metapackages geared for specific security professional need sets and a readily accessible ISO customization process. This may be demonstrated using our simple example build recipes and our Kali ISO of Doom recipe.

The Kali Linux ISO of Doom Is an excellent example of real-time capability and the types and complexity of customizations that may be done. Create a self-installing, reverse VPN auto-connecting, network bridging Kali image for the perfect hardware backdoor.

This offers you to install Kali on a USB drive and boot it without having to touch the host operating system (ideal for forensics!). We can specify which file system Kali will use when it starts up with optional persistence volume(s), enabling files to be preserved throughout sessions and multiple profiles to be formed. Every persistent volume has the ability to be encrypted. If that weren't enough, this also offers the LUKS nuke option, allowing you to swiftly regulate data destruction.

The Raspberry Pi, Odroid, Beaglebone, and other ARM devices and popular hardware are among those that are supported. We recognize that Kali's ARM support must be as secure as possible, with perfectly functioning installations for ARMEL and ARMHF systems. It is very active in the ARM arena, and they are constantly introducing new hardware to its catalogue. Because the ARM tools are integrated with the mainline version, they can be updated alongside the rest of the distribution.

This capability makes creating customized, reduced environments a breeze. If all we need is some wireless tools for an upcoming review, we can apt-get install kali-Linux-wireless.

When key codebases are isolated from external assets, the chance of citation contamination is greatly minimized. The Kali Linux team is a small group of people who are the only ones authorized to submit packages and interact with the source code, all while following a number of security protocols.

Despite the fact that penetration tools are written in English, it has been made sure that Kali has real multilingual support, allowing more users to operate in their native language and find the tools they need for their experience in penetration testing.

The real-time-time system is most important for forensics since any computer may be rebooted into a Kali Linux system without accessing or altering its hard disks. When conducting an investigation on a system, we must avoid doing anything that could impact the data during the data collection phase. By attempting to auto-mount every disc identified, modern Windows systems typically impede this objective. Kali Linux features a forensics mode that may be enabled from the boot menu to prevent this behavior. This mode disables all such functions.

Using Kali in a place where you don't want to attract attention? Kali Undercover is ideal for not standing out in a throng by melding into a well-known operating system to stop shoulder beachgoers.

Over 600 penetration tools are pre-installed in the newest edition of Kali Linux. Developers uninstalled numerous scripts that didn't work or duplicated other services that provided the same or similar functionality after thoroughly reviewing each tool supplied in BackTrack—helpful utilities with Kali Linux, including Crunch, Aircrack-ng, Wireshark, and Nmap.

Install Kali on your (Android) phone. This includes the NetHunter App and NetHunter App Store and a ROM upgrade for many smartphones. We can also boot into a "full desktop" using chroot and containers, as well as the "Kali NetHunter Desktop Experience (KeX)."

Kali Linux is developed by a small team of experienced engineers who work in an open and transparent manner, following best security practices such as uploading signed source packages generated by a dedicated build daemon. The packages are checked for integrity before being released as part of a signed repository. Users of a security package want to know that it can be trusted and that it was designed with transparency in mind, with the source code available for inspection by anybody.

To thoroughly review the work done on the packages, utilize the Kali source package packaging Reference implementation (comprising signed tags). You can also use the Kali package tracker to check how each package has changed over time.

It's one of the simplest and most effective ways to get Kali Linux up and running. The reason for this is that it is non-restrictive. As a result, if we install using USB, no changes to our host system hard disc are necessary, making it non-restrictive. Kali Linux can be installed on a USB drive with a storage capacity of at least 8 GB. Durable storage in Live USBs is available in some cases, but it necessitates additional configuration. If we install it and wish to save some data for later, we can use the persistent storage option using the live USB installation procedure.

By installing Kali Linux on a hard drive, you can be sure that any changes you make to the system will be permanent. It's straightforward to install Kali Linux on a computer with a hard drive, but we must make sure that our system configuration is compatible with Kali Linux. The changes made to the hard disc are permanent, even though the live boot workstation must clean user data on reboot. This procedure can be used to erase data or the operating system.

In this instance, Kali can also be installed on another operating system, such as Windows or Mac. Instead of replacing an existing operating system on a workstation, Kali Linux OS will be installed alongside it. Many people like to keep both Windows and Kali Linux installed, as this effectively divides their work and leisure interests. However, during the setup stage, we must continue with caution to ensure that Kali Linux does not interact with our host operating system.

Kali Linux has a lot of promise as a teaching tool. If you stick with it, however, you can expect a challenging hill to climb. Kali is best used in a virtual machine as a disposable live system: simply keep a few basic settings in your current working directory or retrieve them from the hosts. If you want to upgrade, you'll need a new Kali image. Linux desktops are reinventing the computing device experience in order to improve the user experience. The most popular laptop environments are Budgie, Pantheon, and GNOME 3. If you're a new Linux user starting from scratch or simply want to use your computer without fuss, there are many general-purpose and user-friendly distributions to choose from.