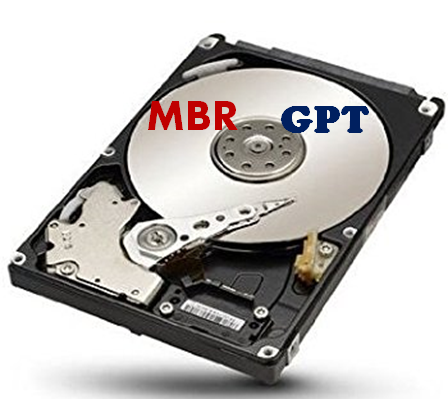 A few points about GPT(GUID Partition Table) when compared with MBR(Master Boot Record) partitioning method for hard disk drives. The GPT is the standard for laying out partitions on physical hard drives for systems running with Unified Extensible Firmware Interface (UEFI). It is a standard disk partition layout for storage devices used in a desktop or server.
GPT has many advantages when compared with traditional MBR scheme.  Ideally, GPT is being used on servers with bigger disks volumes and MBR still remains as a favorite for home based  systems such as desktops, otherwise on older server systems with disks of lesser size . Normally parted utility would be used for larger disks which would create GPT partition scheme which otherwise performed by traditional disk utilities such as fdisk, cfdisk etc, (on Unix systems). These disk partition tools normally work for smaller disks and can only create MS-DOS partition tables, and got a few drawbacks which are overcome by parted tool. 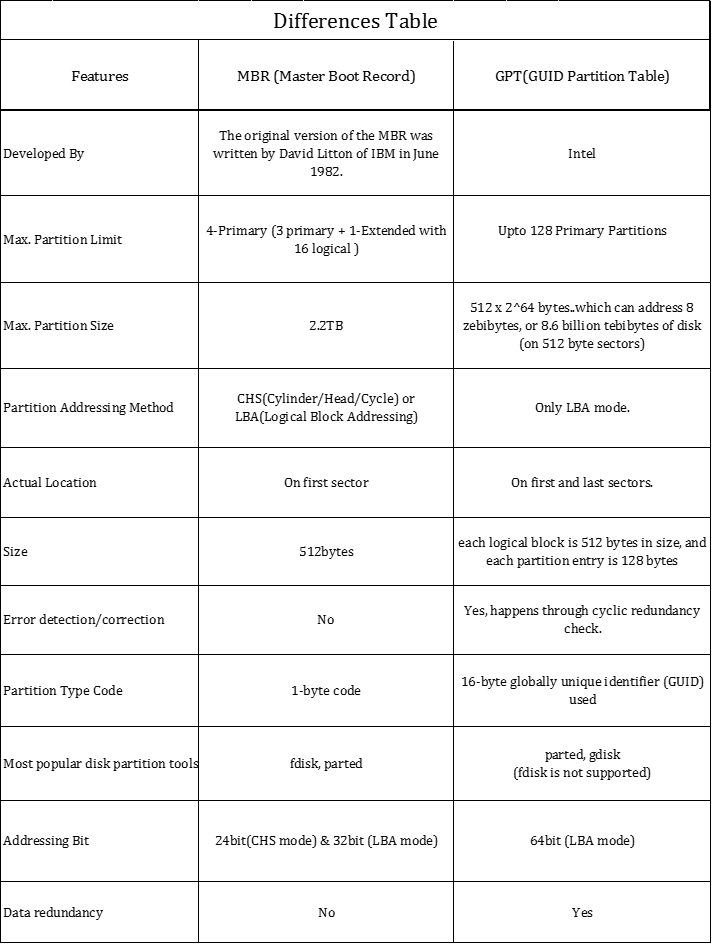 MBR & GPT considerations during installation in RHEL 7
Default installation program 'anaconda' would follow these rules while choosing partition scheme while installing GRUB2 either on MBR or GPT of the device for root file system:


- If a disk is already formatted then the same scheme would be retained.


* Applicable for BIOS systems and UEFI systems with BIOS compatibility


* Need to create a BIOS Boot (biosboot) partition to install on a BIOS system where disk containing the boot loader uses GPT. The "biosboot" partition should be of 1 MB in size.


For more details on differences between RHEL7 & RHEL6 visit the below link:
https://www.simplylinuxfaq.com/p/major-difference-between-rhel-7-and-6.html

Posted by SimplyLinuxFAQ at 7:14 PM