Step By Step Procedure To Change Boot Device In RHEL6

If you’ve ever come across a situation where there is a need to change the boot device then this document explains a step by step procedure with screen images on how to get this done. There are situations wherein the initial boot device selected is of less capacity and later there is a need to change this to something bigger one. So there is no way to increase the size of this drive since the next block device which is usually “/dev/sda2” starts from the sector wherein the “/dev/sda1” ended (*considering installation done in default mode).  Hence, we’ve to plan to move all the boot files onto a new, bigger block device and make that as a boot device.


I’m going to document each step with screenshots in this post which would help anyone who wish to perform the job of changing the boot device.


- The boot file system gets (especially in RHEL6.x) created with 128 bytes of Inode size by installer program “anaconda”, however, other files systems such as “root” would come with 256 bytes as shown below (as you see later in this section):-

- This is tested on virtual systems running in VMWare Workstation.


Create a partition on the target hard drive (secondary: sdb) with I-node size of 128 bytes. If we leave this to default which is 256 bytes then during the process of running grub-install on this device, system would throw up an error as “The file /boot/grub/stage1 not read correctly.” So, let’s create partition “sdb1” and file system as shown below: 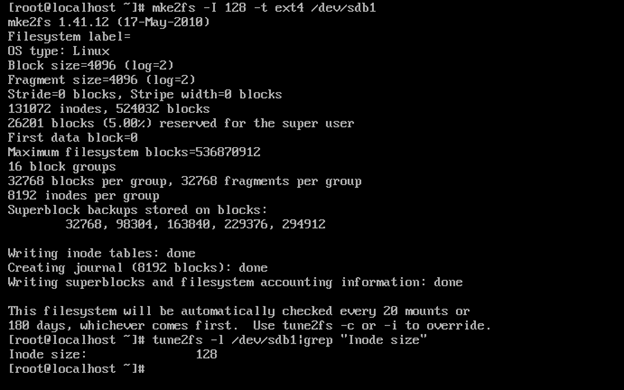 
Make sure that the bootable flag is set on the new boot device “sdb1”: 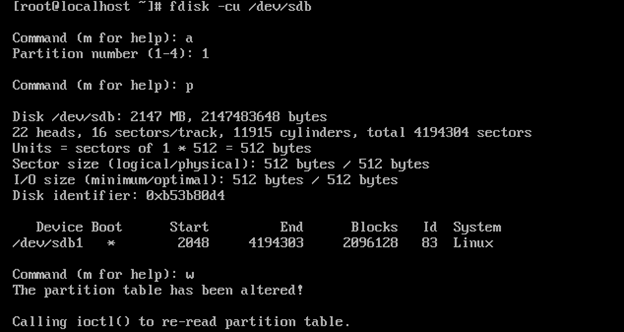 
Mount the new larger secondary block device on to a directory (example, boot1) and then copy all the files from '/boot' to '/boot1' folder. 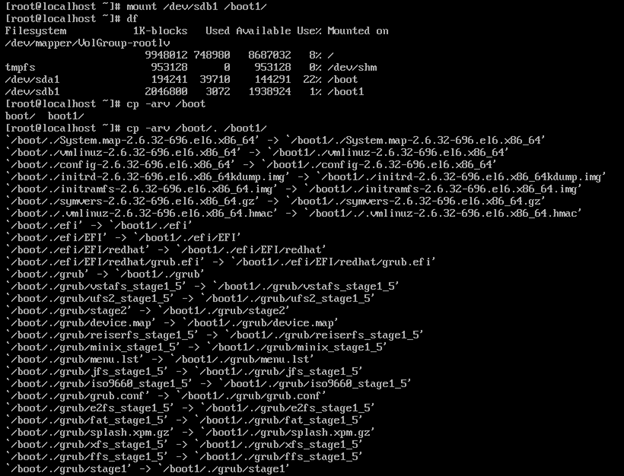 
Update “device.map” file with new device entry which is residing on the new block device (/boot1/grub/device.map). Since it is the secondary hard drive it should be referred as “hd1” (as devices being referred would always starts from 0 (zero), as first drive would be referred as “hd0”, second one as “hd1”, so on), so it would be mapped to “/dev/sdb” as shown below:-

Step 5: Update grub.conf file so that it points to new block device


Edit “grub.conf” file which is there on the new block device (/boot1/grub/grub.conf) file and change the root device from “root (hd0,0)” to “root(hd1,0)”. Also, edit the “splashimage” line so that it should read as “splashimage=(hd1,0)/grub/splash.xpm.gz”. This is the change that needs to done in the default boot stanza, since there is only boot kernel here there is no problem, however, if there are multiple kernels installed then make the necessary changes to the default boot stanza.

Step 6: Install grub on to the new block device


Run the “grub” command with device being mapped along with optional argument “--no-floppy” as shown in the below snap to get the GRUB installed on to the secondary hard drive (/dev/sdb):


Now, add the UUID of the “/dev/sdb1” into the “/etc/fstab” file and make sure to comment out or remove the earlier boot device entry.

Step 8: All done, reboot and test


It is the time to reboot the system and test if “/dev/sdb1” comes up as underlying block device for boot.

Congrats! We are all set.


So, later I reformatted '/dev/sda1' partition and added it as physical volume for the “VolGroup” volume group. After this, reboot of the system failed and dropped into grub shell.


At this stage, one could boot up the system by pointing to the boot partition and manually specify kernel & initramfs files as shown below in the “grub” shell: 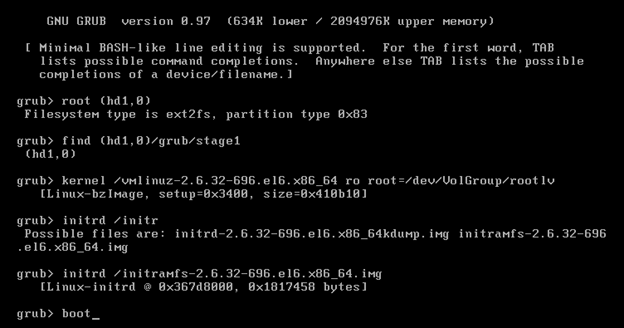 (grub shell can auto-fill with proper text as you see above after typing “initrd”, you leave a space and type “/initr” and hit tab key which would shows up matching files…)


Otherwise, this can be booted by specifying the boot configuration file with ‘configfile’ command as:


I came across this Red Hat Knowledge Base article which talks about the same issue: https://access.redhat.com/solutions/183203


However, I found that there were no errors in the “grub.conf” file. So, to resolve this I had to run the command “grub-install” on first hard drive:


After running the “grub-install” I did a reboot of the system and found that the system came up without any issues and “/dev/sdb1” is the boot device. Now, “/dev/sda1” is being added as physical volume for “VolGroup” vg as shown in the below snap:- 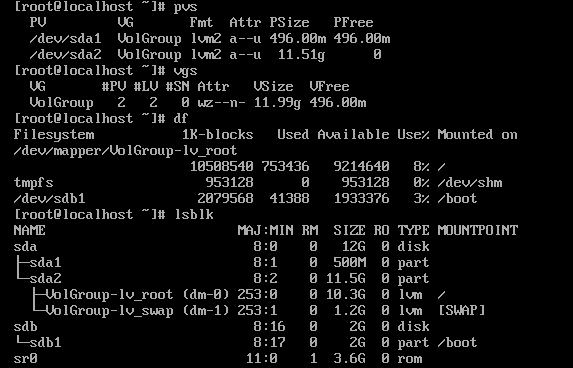 Posted by SimplyLinuxFAQ at 11:51 AM

Hello there, You have performed an excellent job. I'll definitely digg it
and individually recommend to my friends. I am confident they
will be benefited from this website.